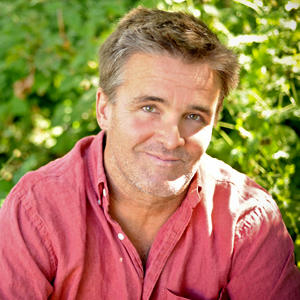 During the two weeks I spent in Centennial Valley, I wrote two essays and revised several others, which are included in my latest essay collection, The Bone Pile: Essays on Nature and Culture. My goal has long been to write prose that is both aesthetically pleasing and biologically literate. I am especially interested in situating the human animal within the web of life, and of discussing the various ways that our own behavior links us not only to other animals, but also to our evolutionary past. My argument is that as long as humans think of themselves as the darlings of creation, instead of as one of millions of unique and related life forms, we will not have the incentive nor the intellectual wherewithal to address our problems. I am including the title essay of my collection, The Bone Pile, which I wrote while in the valley, and which I dedicate to John and Melody Taft.

The Bone Pile: Essays on Nature and Culture

Despite all the ways modern life has made my life easier, it has its hooks in me. I cannot wander far in mind or in body without great effort. I have almost no feeling for it. It does not reward my attention the way that the moon does and I don’t think that it ever could. The human-made world does not fill me with any desire except the desire to leave it. But then I imagine an arc of sunlight curving around the Earth before it turns night into day, my mind catches fire and for that time I see my life more clearly. I see what’s wrong with it and I see what’s right. Maybe it’s too late for me and maybe it’s not. But if I could make the choice again, I would have stayed in the woods. The promise of modern life is the promise of illusion. I doubt most of this really means what we claim it does. If it wouldn’t ruin the air, I would burn the illusions in my life and start again.

What matters is the swallows’ roosting place in the aspens and the sweet smells and melancholy bugling of the sand hill cranes drifting up from the marsh. What matters is finding out what animal is eating deep gouges in my tomatoes, or in marveling at the primordial brain that prompts the ghostly shoots of weeds to climb through two feet of black soil to find light that the vegetable brain knows is there. Technology may not be the death of the imagination, but it is an insult to it. My best ideas may have been captured in the city, but they were born in nature. I am rarely inspired by civilization, which is a long road that fools me with its illusion of distance, and that something of lasting value may actually lie at the end of it.

If technology is the fragile life blood of civilization, depending on what it is and how it is used, it can be helpful and deadening. A few winters ago, my in-laws paid us a visit at our home in Mill Creek. The sun was shining and massive clouds burned up as they drifted through its rays. It had snowed heavily the night before, but I had already cleared the walks and was shoveling the driveway when Don and Lee arrived and I kept shoveling even after. Seeing me labor at my task and always eager to help, Don offered to bring me his old snow blower. But I politely declined his offer almost before he had finished making it. Don and I have known each other for twentyfive years. By now one would think that we would have seen it all when it came to the other’s idiosyncrasies, but to his credit, Don is still curious about life’s oddities, of which I am surely one. “Why on Earth not?” he asked, baffled.

I had a good rhythm going, but it was a good question and I wanted to give him a good answer, so I paused for a moment and rested both palms atop my shovel. A light wind swept through the bare maple trees in my neighbor’s yard and sent snow that had settled on the branches swirling through the air. I looked up and the flakes cooled my face, which was flushed with sweat and work. “Well, Donald,” I said, my eyes closed against the hard blue sky and cutting sunlight, “I guess I like to do things on my own steam when I can.” Then I opened my eyes and looked at Don for his reaction. The sun was shining in his Irish blue eyes, so he shielded them with his hand and said, “You’d rather move all that snow with the shovel. Is that what you’re telling me?” Judging by the furrows of skin in his forehead, I could see he was skeptical, so I kept my answer short so as not to prolong a conversation neither of us was interested in having anyway. “Yes it is,” I said. Don leaned over and looked behind me to see what I had done and what I still had to do, nodded and said, “Whatever pulls your trigger.” Then he shook his head a little and walked on up to the house.

Wendell Berry is one of the first writers to have seriously questioned the so-called benefits of technology, or what E. O. Wilson aptly describes as “prosthetics” that, if taken away, would leave us incapacitated. In his essay “A Good Scythe,” Berry wrote about abandoning his scythe—a tool he had used for many years—in favor of a newly acquired, heavy duty, mechanized weed whacker to fell the high grass that grew on his land. After suffering the weed whacker’s shaking, rumbling, noise, and smell, Berry retired it and returned to using his trusty scythe, even though it meant he’d have to work harder. Berry’s was right to point out that sometimes making work easier doesn’t necessarily mean making work better. The power tool was not only unpleasant to use, but it also prevented Berry from engaging the work with his body—his senses, muscles, lungs, and heart. Maybe it is quicker to shovel snow or cut grass with a power tool, but is it better to work up a sweat or to remain idle? Or, to put it another way, is it better to think or not to think? I’d like to think that using one’s body and mind is better than not using it.

When I hold the shovel or the scythe in my hands, at that moment I understand all that I need to in order to use them. Their design is simple and basic, which in turn makes them accessible as objects and as ideas. They neither remove me from my experience nor are they removed from my intellect. They are not examples of rocket science. I understand their design and utility, which is simple and manual, as opposed to complex and automatic. As primitive tools, they appeal to my own primordial brain. It’s not that I can’t understand snow blowers, weed whackers, rockets and other mechanized devices. It’s that for most of us—or those of us who have no hand in the commerce or professions related to these items—understanding them is at best secondary to the work they were designed to do.

In the city at least, where individual know-how is uncommon mostly because we can pay someone to do things for us, not many people care about how their cars, computers, and gadgets work. And when suddenly they don’t work and our world is turned upside down, the first words out of their mouths are, “What is it going to cost me to fix or replace it?” Although this is a reasonable question, its answer does not increase our understanding of the thing itself, except for in the most tangential, i.e., monetary way. But is that really the best we can do? Perhaps part of the solution to the negative aspects of the modern lifestyle is to minimize our reliance on things that we have no meaningful connection to, interest in, or ability to fix.

On the other end of the consumption continuum is the throwaway world, or that world that is superficially cheaper to replace than to fix. These items are designed and produced so cheaply and on such a massive scale that it is “cheaper” to replace them than it is to fix them, assuming they can be fixed at all. If we wish to find examples of the items, we can go to Wal-Mart or to the landfill, where there are shelves and mountains of imminent and actual waste. Unlike a good scythe or a well-made shovel, because they do not last and can replaced so easily, these items do not promote a connection to and understanding of the environment from which they were made. The “field to table” ethic has been subsumed by junk culture. That we could allow this to happen makes me question our forcible rise to greatness and what it will mean for our future. Perhaps one day or endless night, after we have ruined our only home, we will pile and climb all the sun-whitened bones in search of some other world to destroy, and not even God will be safe.