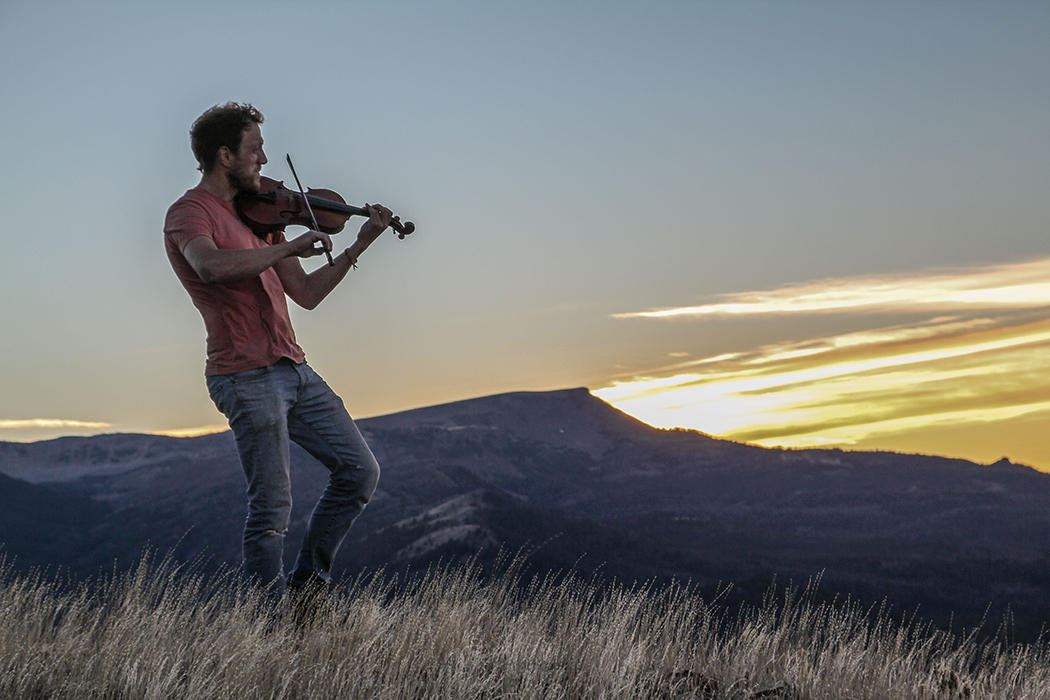 Joseph Paxton is a British sculptor based in London.

I found myself deeply effected by the wildness of the Centennial Valley and felt a powerful sense of its history. With such a natural abundance to explore, I found I was unable to contain myself to the studio for the first couple of weeks. I found myself out photographing and absorbing landscapes, animal and plant life that I had never before seen. The more time I spent exploring and understanding the intricacies of the valley, the more clearly ideas for works presented themselves. The ‘Ungulate’ (meaning cloven hoofed) sculpture, which remains at the center, overlooking the valley, was inspired by the antelope, elk and moose I saw roaming out in the open valley and amongst brush. It is made from old steel fence posts that can be found throughout the valley floor. These remnants of fencing seemed to me, symbols of human efforts to contain and control the natural world we live alongside.

My totem like sculpture made from an old wooden post and cut willow branches, was inspired by the many bird boxes I saw situated upon trees and fence posts, providing habitat for the smaller birds who’s natural habitats are suffering. The work also contains references to the native American people, who lived on this land in ways which contrast with modern man’s often disharmonious relationship with nature.

During the residency I was keen to use natural sculpting materials sourced from the valley and woodlands behind. My trip to Yellowstone inspired me to imagine the Bison that might have roamed the Centennial Valley in times past, which led me to create a small scale sculpture made from plaster mixed with dried cut grasses from the fields. Grasses which the bison may once have eaten - and might again if ever reintroduced. Photography and drawing aided my study of the valley and the animals within it throughout the residency. As a violinist I was also inspired sonically by the valley, and took my violin out on several trips to record my playing in different locations including the top of Little Sheep mountain; an unforgettable moment.

The incredible generosity and support of all the inspirational university staff at the Centre (Erin, Pat, Shaun, Mary, Bill and that of John and Melody Taft), was absolutely key to facilitating what was a hugely rewarding experience. I feel both my artwork and my person have benefitted enormously from this unique and rare opportunity. 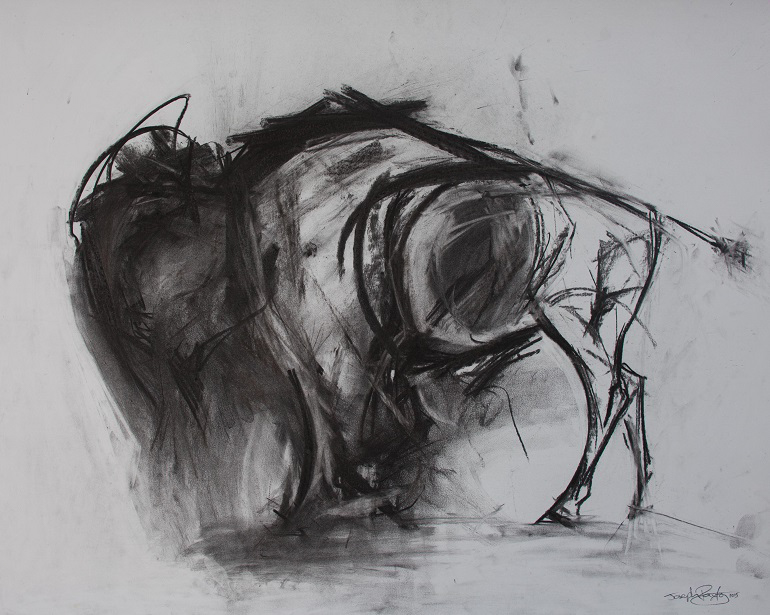 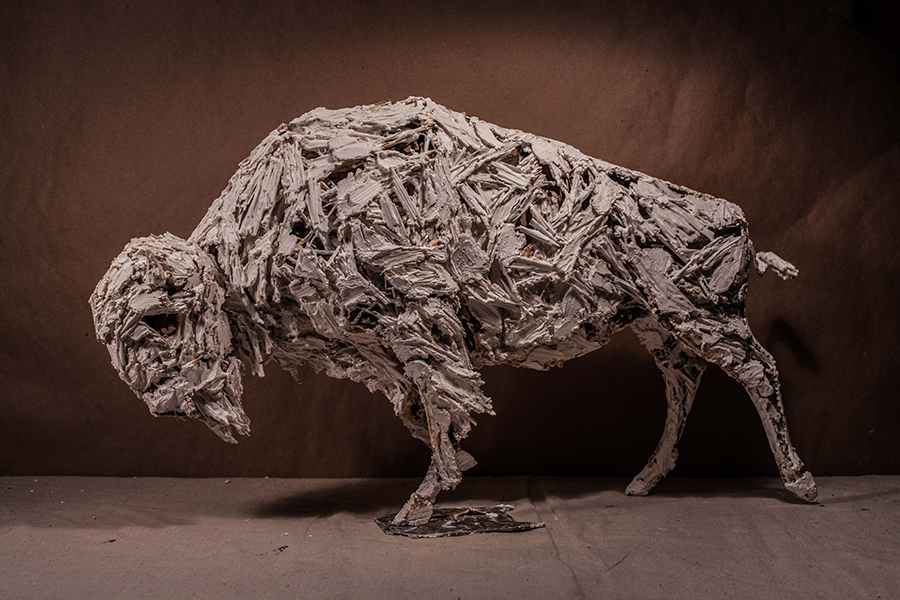 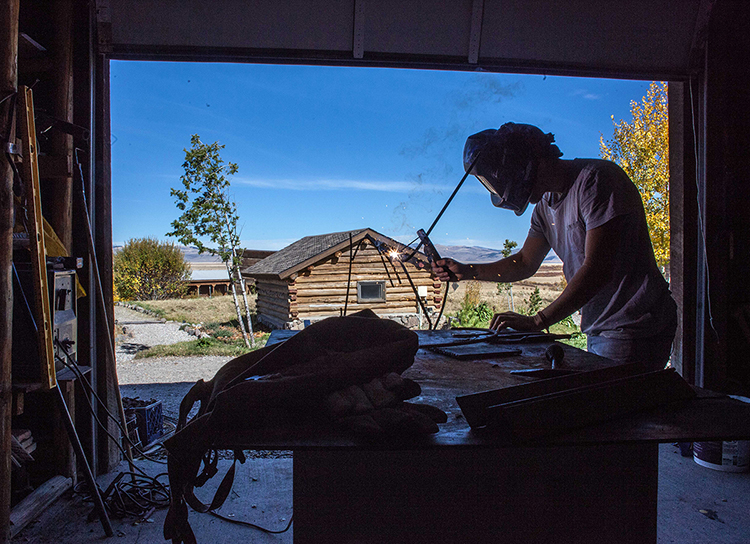 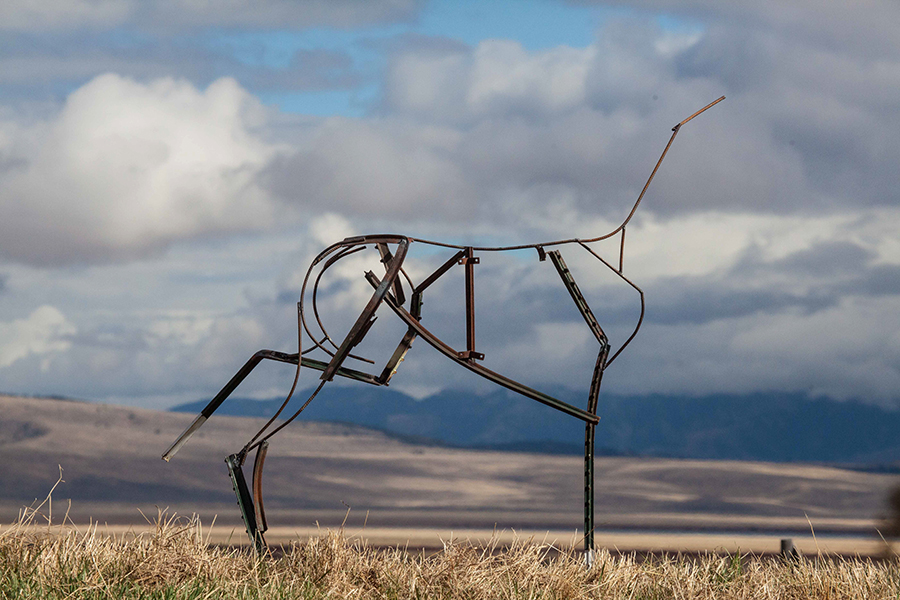