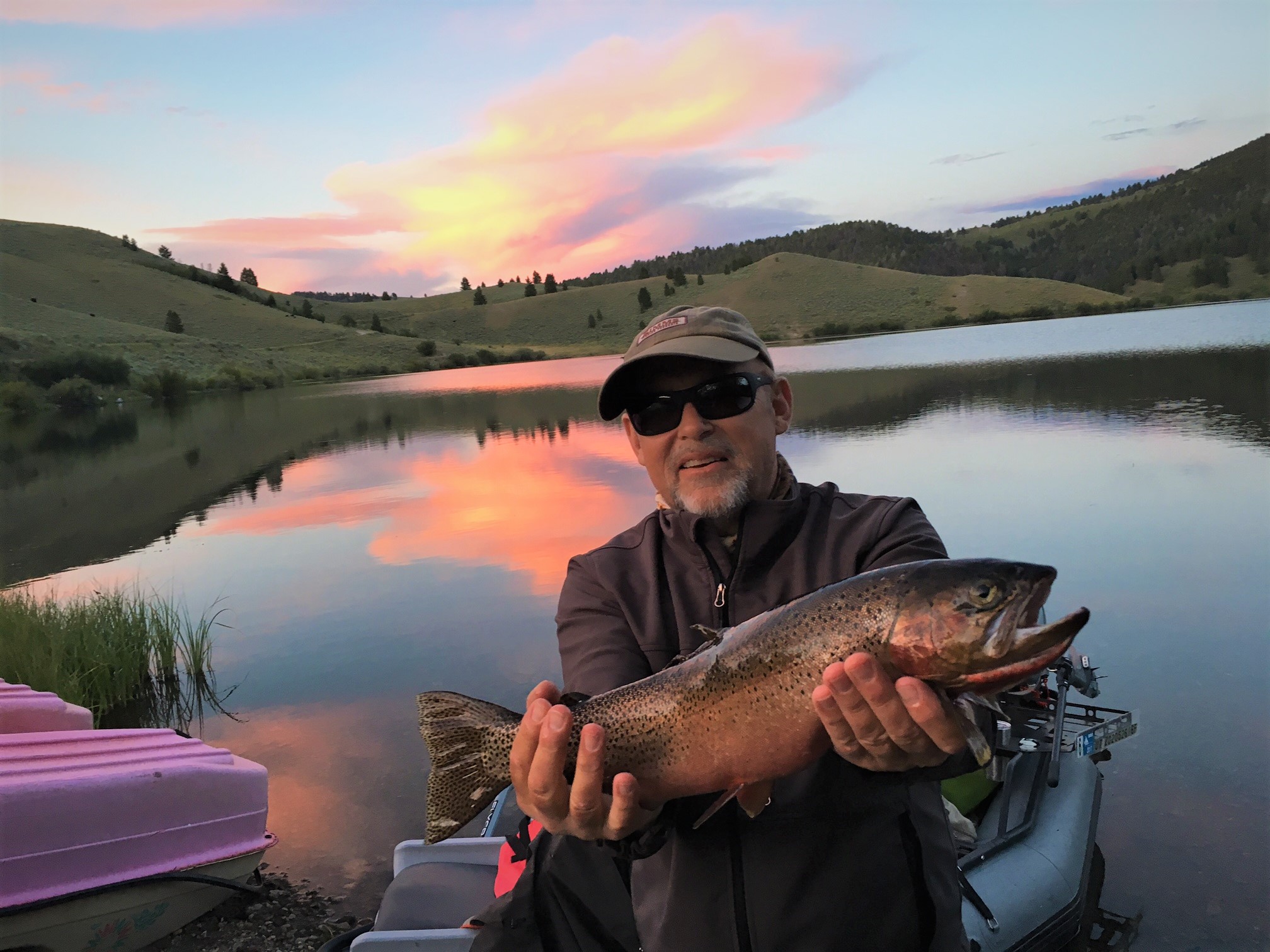 For a writer, the opportunity to spend time at the Taft-Nicholson as an artist-in-residence is a gift of unmeasurable value.

Beginning with the exit off the interstate, time begins to dissolve and blends into the landscape and the landscape blends into the natural world.  At once, freed from the everyday trappings of a different world full of bills and politics and stale ritual, I began to dream and imagine the essential questions and responsibility I have to the craft of writing.

As an artist, we paint, we write, we photograph, and we explore because it is a necessary part of who we are and it is in our bones.  Bathed in the broad shoulders of the Centennial Valley and the sweeping panoramic vistas I was reminded of the wild that exists in all of us.

This landscape is not for the faint of heart because it requires a deep respect and acknowledgement of how insignificant we are in the workings of this world.  Each morning I began with a prayer to this world as early morning light opened up a cacophony of sound.  It was the sound of life on its own terms.

My work deepened during the residency.  I became acutely aware of the influence of elements in my own narrative; how all these elements carried their own stories and since my writing dealt within the topography of rock, water and solitude I became a more observant writer as a result of this residency.  I completed a collection of essays entitled Back Cast that had been on the backburner for several years and was able to touch every single project I brought with me. And the gift of uninterrupted time was deep balm for my soul.

For the last several years I have had the luxury of spending a couple of weeks in June at a friend’s ranch in Stanley, Idaho.  During the first week my entire family joins me and we eat, drink, play horseshoes, catch up on each other’s lives, visit with old friends, hang out at Red Fish Lake and bathe in the exquisite light of the Sawtooth Mountains.  And we always fly-fish together, casting to floating hotdogs, hatchery fish that are stocked in many of the dredge ponds up Yankee Fork.  It is easy fishing and although it is not necessarily my preference in fly-fishing, it is a treat to watch my son and my son-in-law ironing out the kinks in their casting and land fish.  With each fish landed and released a sort of calm takes over them and they seem at home.

The ponds are gorgeous deep blue green, in part I suspect, from the irreparable damage of relentless dredge mining during the gold mining boom of the mid-1800s.   At the top of Yankee Fork a mammoth gold mining dredge is landlocked and remains as a historical reminder of what we have done to the landscape.  It is a dinosaur that clawed its way up the canyon and spit out giant boulders for a 5-mile stretch leaving the land scarred and sterile.  It is a hideous aide-memoire to our recklessness disregard of the natural world.   It is a body scar that offers us a glimpse of the past and serves as a warning to the future.

When my family leaves Stanley, I am left alone for a week to work on my writing.  The first day, the silence and absence of my family is deafening.  I get up at first light and try to sort things, to make sense of my life in the way I feel most honest.  I write.  I can’t shake it and the process speaks to me, calls me out and makes me examine myself in a way that I can’t do in the other world.  I am carrying some heavy weight these days.  At the end of this self-imposed ritual I will return home to begin a course of radiation targeted at a tumor on my liver.  It is the fourth appearance of cancer in my body in nine years and I am beat up mentally and physically.  Fly-fishing and wild water is an important element in this battle against a savage and uncompromising disease and it connects me to the real in a most absolute manner.  I would be crippled without rivers and trout.

Earlier in the week I’d noticed the appearance of salmon flies, thick and blanketed on the Salmon River.  Fish were reckless in their feeding and since I was locked into an essay that was not cooperating, I grabbed my fly rod and made my way to the river.  There is a small spot I like to fish and I knew it held some good-sized cutthroat trout.  Perhaps I could entice a trout or two onto a salmon fly.  Before entering the water, I studied the river’s narrative.  Much is revealed to a fly fisherman in the first moments on any stretch of familiar or unfamiliar water.  Fluctuation in the river changes any body of water.  That which might have been familiar a year before can be completely transformed a year later.  Taking time to regard the water properly, looking for tongues and ripples, rings and slurps makes one part of the aesthetic.  Water is where I needed to be.

It might have been a bit late in the day for the salmon fly hatch but it didn’t matter.  Perhaps the trout had gorged themselves earlier and were off the fly.  I tied on a salmon fly with a zebra midge as a dropper and began working up river on the run I’d selected.  I was meticulous about the presentation of the fly and paid close attention to the slightest drag in the fly.  When it began to lose its buoyancy, I withdrew it from the water and dusted it with a silicon floatant.   Rather haphazardly, trying to get the tapered leader and butt end section of the fly line clean of the smallest guide I made a short cast into water where no trout would ever hold.  On perhaps my third or fourth cast the water exploded.  It startled me completely and that seldom happens.  It was a fat cutthroat and cart wheeled in a giant arch trying to unbutton the zebra midge.  Instinctively it headed for deep water to use the current against the fly.  I pursued the cutthroat, tightening the drag of my reel and trying to stay upright in the water at the same time.  I clearly had little control of the matter and it pleased me to no end.  When I started to get some line on my reel and I felt the cutthroat slowing, it made one last hard run and headed for a large boulder mid-river.  I had to turn the cutthroat or I would lose him if he wrapped around the sharp, angular rock.  My 6x tippet would snap.  Suddenly, the ripping stopped but my rod was still bent to the river.  I knew the fish was still on the fly and it had managed to wrap itself around the boulder or found some configuration that would allow it some respite from the danger of being caught.  I dipped my rod down to the water, letting off the tension on the fly.  This technique had often worked before, the trout feeling off the hook would often bolt from grassy banks and make another run.

In a certain slant of light on the water, I got a glimpse of the cutthroat and it was a fat and healthy looking fish.  It was clearly wrapped around the boulder and it was equally apparent that I would not be able to dislodge the cutthroat from its refuge.  I quickly snapped my tippet off leaving the cutthroat to the moment.  When I did so, the fish did not blast off into the deeps as I expected but instead, stayed anchored to the rock.  Somehow the cutthroat, in its mad effort to escape had cinched itself tightly onto the rock.  In vain it slashed futility against the current.  I tried to find a way to get to the rock and see break off the cutthroat but the water was too deep and dangerous for me to wade.  If it didn’t break off soon, this marvelous, healthy, powerful cutthroat would drown.

Slowly, the cutthroat began to lose strength.  It was my obligation to remain in the water and see this to the end, to offer a fish song and an apology for how the day would end.   I suspect it was a surprise to us both.  For some reason, I thought of two stanzas from a Roethke poem.  The title escaped me and I couldn’t put the poem in any sort of context.  I wondered perhaps, if the lines had surfaced at just the moment they needed to be summoned.  I spoke the words to the cutthroat.

“Such owly pleasures! Fish come first, sweet bird.
Skin’s the least of me. Kiss this.
Is the eternal near, fondling?
I hear the sounds of hands.
Can the bones breathe? This grave has an ear.
It’s still enough for the knock of a worm.
I feel more than a fish.
Ghost, come closer.”

The river instructs and speaks to me in a tongue of gurgling water and mystery.  There are parallels to my own life.  I know this clearly.  We are all born of water and what happens to us is uncertain.  Let it remain so.  I am prepared.