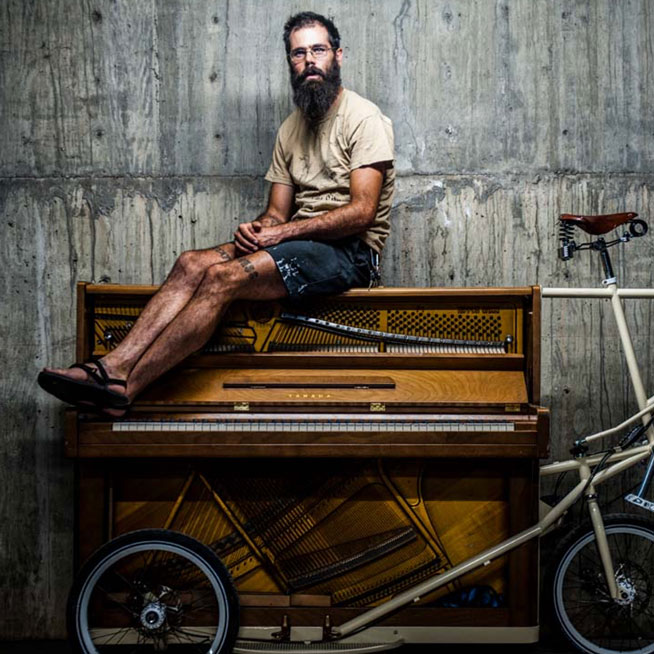 Eric Rich is a self taught pianist and composer with roots in punk music. After hearing American minimalism, and post-rock music, he was inspired to create music in a similar genre. He acquired a free piano and began his musical musings and after forming his first three compositions decided to bring these new pieces to performance. His target audience was the random passerby as he designed and built the first iteration of the pianobike where he would share his works mostly at the Downtown Farmer's Market. After exploring the depths of solo composition he began to compose for a larger ensemble and began to put on one or two concerts a year. He is currently working on his third and final iteration of the pianobike, where he plans to ride and perform across Europe on a carbon fiber pianobike.